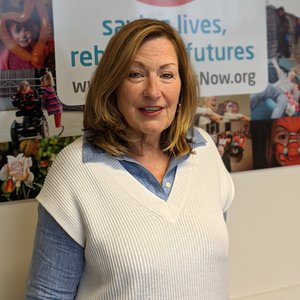 Nikki has had significant experience working at Board level

Her late father was successfully treated for the disease as a child when treatments were at an early stage of development, close friends lost their five-year-old son to the disease and, as a student, she worked with a child and their family as the youngster had speech problems resulting from neurological damage caused by the disease.

Nikki has a broad range of experiences to bring to the role. She initially qualified as a speech and language therapist, representing the profession at a national level. She later become a Trustee for the Royal College of Speech and Language Therapists. She has had a diverse career within the NHS working in both clinical operational and corporate services and has had significant experience working at Board level.

When Nikki moved to Gloucestershire in 2014, she was appointed as a Non-Executive Director for the Mental Health NHS Trust, where she was the Deputy Chair. She has also run her own consultancy business and worked for a national consultancy organisation developing services for people with learning disabilities. She is actively involved in her local community and is currently the Chair of Healthwatch Gloucestershire, which is the statutory independent health and social care champion.