Meningitis is inflammation of the protective layers that surround the brain and spinal cord. These layers are called the meninges.

Meningococcal bacteria, the most common cause of bacterial meningitis in the UK, can be divided into several groups. The groups that most commonly cause the disease are A, B, C, W and Y.

Meningitis can be divided into two main types; viral and bacterial meningitis.

Everybody is at risk, but certain age groups are more susceptible.

Can you get meningitis more than once?

Although extremely rare, some viruses can cause recurring meningitis. This is known as Mollaret’s meningitis.

What is meningococcal disease?

Septicaemia is blood poisoning and can be caused by some types of bacteria that also cause meningitis. The bacteria enter the bloodstream and multiply uncontrollably. As the bacteria die and breakdown, they release toxins (poisons) into the blood. These toxins damage the blood vessels throughout the body, causing organ damage. The rash associated with meningitis is actually caused by septicaemia.

Many medical experts now use the term sepsis instead of septicaemia. Sepsis describes the life-threatening condition that arises when the body's response to an infection injures its own tissues and organs.

What is the difference between meningitis and meningococcal septicaemia?

The meningococcal bacteria can affect the body in several ways:

What are the main symptoms?

The common signs and symptoms associated with meningitis and septicaemia can appear in any order, and some may not appear at all.

In adults and children:

In babies and toddlers:

What is the rash?

When meningococcal bacteria multiply in the blood stream, they release toxins (poisons) that damage the blood vessels. The rash is caused by blood leaking from the damaged blood vessels into the tissues underneath the skin.

The rash can start anywhere on the body. It begins as tiny red pin pricks, but may quickly develop to look like fresh bruising. The Glass Test can be used to see if the rash might be septicaemia. If you press the side of a clear drinking glass firmly onto the spots or bruises, they will not fade. A rash will not always appear with meningitis and can be one of the last symptoms to be displayed. Never wait for a rash if you suspect meningitis.

Are signs and symptoms different for septicaemia?

If someone has septicaemia alone, the common signs of meningitis, such as a severe headache or neck stiffness, may not be present. The early signs and symptoms of septicaemia include:

Septicaemia can progress very quickly, resulting in severe shock and, in some cases, death within hours. If septicaemia is suspected, urgent medical help is needed.

What should you do if someone has signs and symptoms?

If you have identified signs and symptoms and someone's general health is deteriorating, you need to act quickly.

The National Institute for Health and Care Excellence (NICE) provides national guidance and advice to improve health and social care. The following links are relevant to the diagnosis and treatment of meningitis and septicaemia:

Fever in the under 5s

How is meningitis treated?

Why are antibiotics given to some people after a case of bacterial meningitis?

When there is a case of meningococcal disease there is a slightly increased risk of the disease spreading to the household and kissing contacts of a primary case.

Antibiotics are given to kill any meningococcal bacteria which may be carried at the back of the throat of the contact and prevent any further transmission. These antibiotics are not a form of prevention. If someone is already incubating the disease, the antibiotics will not stop them developing meningitis and/or septicaemia.

It is still important to look out for signs and symptoms.

What vaccines are available?

Read our Men B FAQs and Men ACWY FAQs for more information.

What are the after-effects?

The majority of people will make a full recovery, but some people may be left with after-effects from both bacterial meningitis and viral meningitis.

The toxins that are released during septicaemia cause damage to blood vessels. This can prevent the vital flow of blood and oxygen to major organs and can result in after-effects such as:

Have you been affected by meningitis and need support?

We can help you today. We are dedicated to supporting people after meningitis and have a wide range of specialist services. They are all free, with no waiting lists and our support is for life. 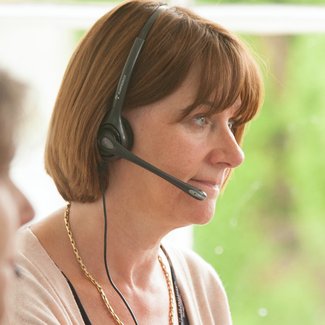 Call our free, nurse-led Helpline on 0808 80 10 388 or email helpline@meningitisnow.org Find out more