It was the start of everyone’s worst nightmare as mum Claire, from Broughshane in Northern Ireland, tells us here.

“Our baby Abigail was only a day old when she began to show signs of being extremely unwell. Her last feed was at 9am in the postnatal ward and as no concerns were raised by staff, we left at 15.30 to drive home.

“At about 10.45pm that night, a total of 15 hours of no successful attempts at breastfeeding, she started to jerk her head to the left and make strange noises, her skin was more mottled, and her body became rigid.

Knew she was in trouble

“We knew she was in trouble and quickly put her into the car seat and drove back to the hospital on a freezing cold January night. It was the start of everyone’s worst nightmare.

“Abigail had been born at 14:05pm on 22 January 2019 in Antrim Area Hospital. She was born at 39 weeks gestation by induction of labour and consequently a forceps and episiotomy delivery. The labour lasted 14 hours with the second stage of labour lasting two hours. As a first-time mum, this was a very painful and overwhelming time.

“However, nothing could have prepared me for the sheer grief of not knowing if Abigail was going to survive.

Evident how sick Abigail was

“When we arrived at A&E staff were very quick to come to our aid. It was immediately evident how sick Abigail really was when panic ensued.

“Abigail was intubated and put on life support. Myself and her dad were rushed to the family room and told it was uncertain if she was going to survive. We were distraught, how could this happen? We were only home from the postnatal department a few hours and the staff had reassured us that we were okay to go home.

“We waited for a specialist team from the Royal Children’s Hospital in Belfast who transferred us in an ambulance to PICU.

“The following day Abigail had a lumbar puncture, MRI and blood tests which concluded she had contracted bacterial meningitis and sepsis from Group B Strep during the delivery. 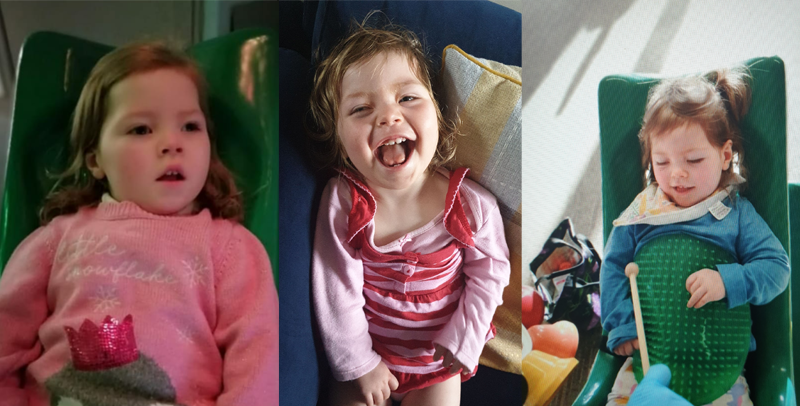 “MRI results showed Abigail suffered extensive trauma to her main organs but most prominently to her brain due to the lack of oxygen and haemorrhage from the seizures and meningitis.

“Abigail was baptised on 30 January as she was still critical. On day 10 however, Abigail showed signs of breathing on her own. Staff took the decision to take her off ventilation on day 15 and she did amazingly well!

“On day 16 we were transferred from PICU to the Paul Ward, where she had a neurology team awaiting. Abigail stayed there a further 14 days and on 22 February 2019 we finally got to take her home for her first full night.

“It was such an anxious time for us and as time went on, the full extent of the damage became evident.

“Abigail has been diagnosed with four limb dystonic cerebral palsy, is visually impaired, has infantile spasms and development delay. She has been on a tough road and a lot of medication. However, as she was weaned off her epilepsy medication, her little personality began to shine through.

“We are so grateful to have the support of the Meningitis Now charity. It has been a helping hand to us for support and offering an outlet to meet other families in a similar situation. It is like a family who are always there for each one of us on the darkest and brightest of days.” 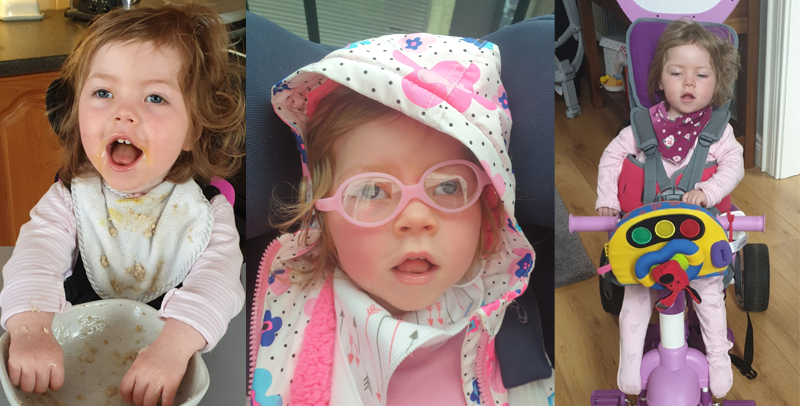