“On 21 February 2016 my world came crashing down around me when I lost my son Daniel to meningococcal septicaemia. He was just 17.

“I had to say my goodbye to my beautiful, handsome, lovely, happy and carefree son. He had the world at his feet. He had made so many plans for the future and yet my perfect boy was cruelly snatched out of my arms. My life will never be the same again, my heart is truly broken.

Vivid in my mind

“As the day went on, he felt quite poorly and at 10pm we decided to take him to A&E. He was triaged quickly and sent for tests.

“About five hours later a doctor told us that there was a problem with his kidneys and he would need to be hospitalised. At first doctors thought it may be food poisoning, so did not administer antibiotics. Meningitis just didn’t enter my mind.

“At home I had checked Daniel for a rash and there wasn’t one and he could look up to the light without any discomfort.

“By midday the doctors were concerned that his organs were starting to fail and they decided they would put him in an induced coma for 48 hours so they could look after him. Daniel’s dad and I told him it was the best thing to do and we wouldn’t leave his side.

“Daniel told a nurse that he had homework due in for Monday, but it was okay as he now had a good excuse as he hadn’t done it anyway! The seriousness of the situation hadn’t quite hit us all.

“He wouldn’t give me a hug in those final moments and said ‘I’ve got something Mum.’ I would gladly have taken his place.

“Daniel’s body struggled to fight and a few hours later doctors diagnosed meningitis. At this point virtually his whole body was covered in a rash.  At 6.24am on Sunday 21 February Daniel lost his battle without waking up again.

“Daniel was so easy to love and it was hard not to be inspired by him. When he was born and I held him in my arms, I felt so lucky, I knew I would do anything for him. All I ever wanted was for Daniel to be safe and I thought (wrongly) I could protect him from anything.

“I stand here today broken. Even under insurmountable odds when he was in hospital I refused to prepare myself. He had too many plans.

“He wanted to go to university. ‘Can I go to Harvard Mum?’ he asked me one day. ‘Of course’ I said, ‘why not?’ He wanted to become a hotshot lawyer, wear a thousand pound suit and travel the world. 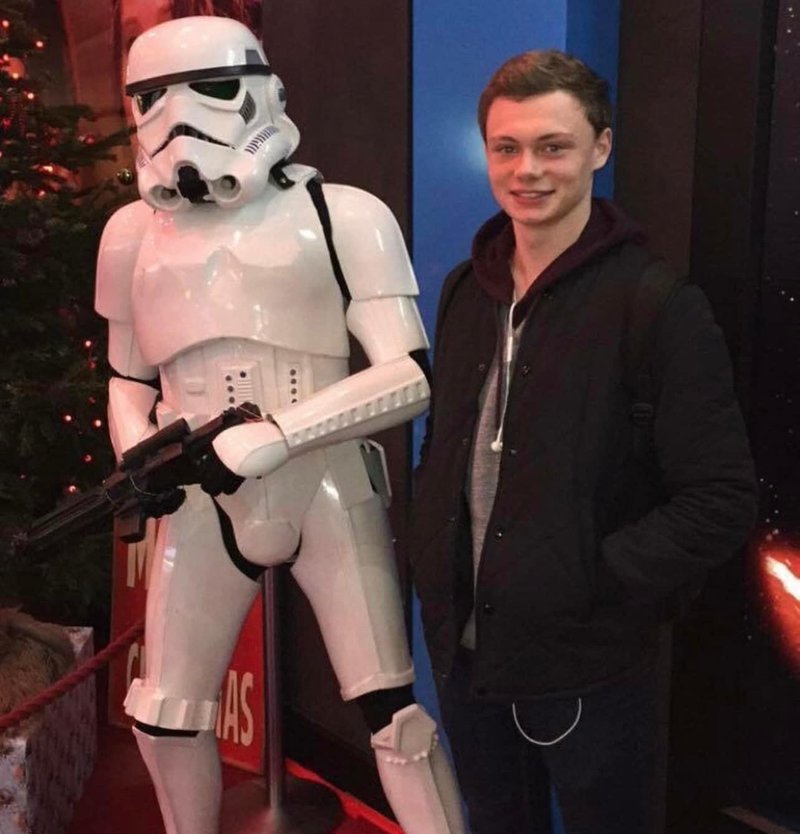 “Daniel had a gentle soul. He was pure of heart and had a great sensitivity for the world around him. He was everyone’s friend. Part way through his prom night he decided he was hungry and went off to buy some chips. On his way back to the venue he saw a homeless man and promptly gave his chips to him. I was unaware this had happened until his friends told me after he’d passed. He had a great offbeat sense of humour and was the little boy who always had a smile on his face.

“Birthdays and Christmas are particularly hard to bear. It’s so hard reading everyone’s good wishes for the New Year when he’s not going to be in it. I do always wonder why there isn’t another word for the day he died rather than anniversary. To me, anniversary has always been something happy, something to celebrate. And the question we hate ‘How many children have you got?’  Actually, I have two but I lost my son in 2017. How the conversation changes from that point on!

“My relationship with Meningitis Now started a few weeks after I’d lost Daniel when I received a letter from the charity and a visit from Steve Dayman ensued.

“Meningitis Now have been there for me every day since, whenever I’ve needed them. Whether it be vaccination advice for my daughter, counselling for Daniel’s grandma, or support with charity events. Help, advice and support has always been professional, understanding and empathetic.

“To date my family and friends have raised over £41,000 for the charity in Daniel’s name and we will continue to raise money to fund research and development into stopping this horrendous disease from taking away our loved ones.

“So, that’s why I’m asking you today in Daniel’s name to donate what you can towards Meningitis Now to enable its lifesaving and life-changing work to continue as it leads the fight back against this devastating disease.

“Fighting meningitis has been this charity’s driving force over four decades now and, despite many successes 22 people every day and their families and friends are hit with the devastating news that they’ve contracted meningitis. Loved ones will sadly be lost, with all the despair that brings for those left behind.

“And for those who do survive, everyday activities that they took for granted may no longer be possible. Plans and dreams for the future will have to be put on hold, or abandoned altogether. A new life will have to be forged. Families and friends will have to adapt.

“When the worst happens, Meningitis Now is there for these individuals and their families and friends – to explain, reassure, support and, most of all, to show them they’re not alone as they strive to rebuild their futures.

“We can’t just turn a switch and stop those 22 cases. But, with your support the charity can continue to be there when it’s needed. Together, we can move ever closer to eliminating the misery of meningitis forever by helping Meningitis Now reach its vision of a future where no one in the UK loses their life to the disease and all those affected get the support they need.”

Support the fight and donate