Diane from Wilmslow, Cheshire, recounts the events from 14 years ago that inspired her to take part in this year’s Ride London cycling event, fundraising for Meningitis Now.

"My daughter Georgia was just 22 months old when she contracted bacterial meningitis. She'd been vomiting on the Thursday night, therefore I kept her off nursery the following day and asked my 16-year-old daughter if she could watch her whilst I went to work. I just thought she'd picked up a tummy bug. The following day, whilst driving home from work, my mum called to say she thought Georgia needed to see a doctor as she 'didn't look well'."

"I called the GP immediately and took her along to an emergency appointment - the GP thought she had a blockage in her tummy, but did ask us to keep an eye on her temperature. We were also given a letter to take her straight to our local children's ward if she got no better, and within half an hour we were at the hospital. By the Saturday morning she had been diagnosed with bacterial meningitis and immediately put on strong antibiotics. After one week we were sent home with a nurse visiting daily to administer the antibiotics."

"Whilst Georgia was being treated at home, I knew something wasn't quite right. She wasn't responding to any noise and by the end of the week we were back in hospital. Doctors conducted brain stem tests, and discovered that Georgia was now profoundly deaf. At that point I was numb."

Georgia is now 15 and has bilateral cochlear implants. She attends main stream school, is a cadet with Manchester Voluntary Police Cadets and plays rugby for Manchester Rugby Club. Although Georgia is very involved with extra-curricular activities, sadly she has been bullied and suffers from depression as an after-effect of her illness. Georgia won’t let meningitis win – she’s a very determined young lady. 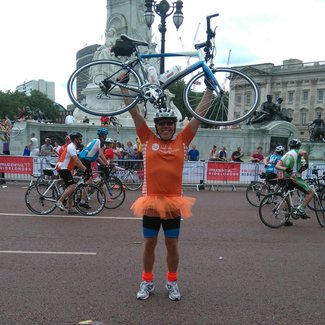