Imogen, from Balham in London, has been left with after-effects, but still considers herself one of the lucky ones, as she tells us here.

“On 2 December 2018 I came down with what I thought was a migraine. I rang my mum to ask for her advice and it turns out that was one of the most important phone calls I’ve ever made.

“I’d been sick three times and my mum noticed I was slurring my words and couldn’t talk properly. She made me call 111, who sent an ambulance out to my flat. My parents turned up before the ambulance and took me to Chelsea and Westminster A&E.

“I collapsed in the waiting room and was taken through. I had a CT, MRI and was hooked up to antibiotics within 40 minutes of arriving.

Didn’t have a rash

“The doctors ruled out stroke, brain aneurysm and a few other things and suspected meningitis, but weren't entirely sure as I was older than most people who get it and I didn't have a rash.

“That night was one of the worst of my life. I’ve never experienced pain like it - all I could hear were sirens in my head and I felt like someone was trying to dig their way out of my brain with a hammer.

“The next day they performed a spinal lumbar puncture to extract cerebrospinal fluid, which they then tried to grow bacteria on to see what was wrong. This took 90 minutes instead of 10 because of complications. 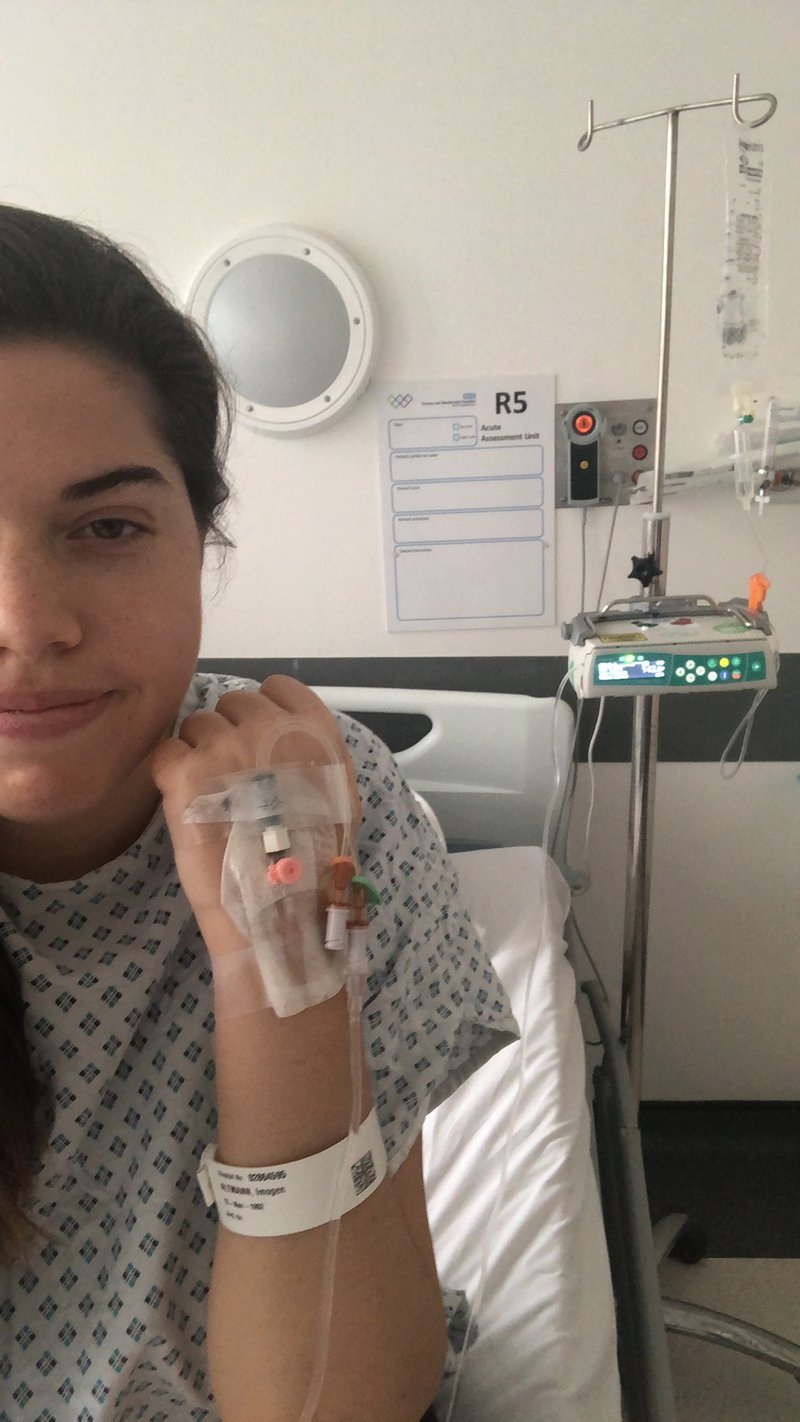 “I had streptococcal meningitis of the brain and blood. At the time I wasn't exactly sure what this was. After speaking to the doctors and gaining a better understanding I was in hospital for nine days in total because the original antibiotics (which were necessary at the time) had damaged my kidneys as they were so strong and they needed time to repair.

“I then had community nurses come out to my house twice a day to give me the antibiotics I needed but this gave me the chance to get out of the hospital. I had 28 follow-up appointments in total.

“I am one of the lucky ones who has come out with minor after-effects, with just some speech and hearing problems. I know it could have been a lot worse if I had got to the hospital even just an hour later.

“The fact that I had little knowledge on what meningitis was nearly killed me, but thanks to my parents and the NHS acting quickly I managed to survive.

“I have made it my mission to educate people on the symptoms of meningitis so that it can be caught early.”