However, their life was about to be turned upside down when just days after her sisters birth, Kayleigh’s mum, Jackie, contracted a deadly strain of meningitis.

Sadly, Kayleigh’s is a story of loss. She tells it here.

“On the 11th of July 2008 my mum, Jackie, welcomed our beautiful little sister into the world. They came home on Saturday 12th and we had a lovely day with lots of visitors.”

“However, on Sunday the 13th mum went to bed with what she thought was a migraine. My stepdad went to Tesco with my other sister, Shannen, to get her some painkillers.”

“Whilst they were out, mum was banging on the floor to try and get my attention as she couldn't even bring herself to call me.”

We were told she wasn’t going to make it

“On my stepdad's return, we managed to bring mum downstairs into the sitting room. This is when she asked for her sunglasses as she couldn't bare the daylight.”

“Mum was screaming in pain and it was then we decided to call 999. By the time the ambulance arrived she didn't even know who we were.”

“On arrival at the hospital, doctors told us it could possibly be a brain bleed.”

“After hours of waiting, hoping mum would be okay we were told she had meningococcal meningitis and septicaemia.”

“She was put in intensive care and, being 16, I thought she was going to be okay. That was until the doctor told us the devastating news that she wasn't going to make it.”

We were heartbroken and worried for my baby sister

“There are no words to describe the pain and heartache I felt and still do now.”

“At approximately 5am on Sunday morning my beautiful mum passed away.”

“We were all utterly heartbroken.”

“My new baby sister was taken into a specialist baby unit as she had an infection. We were unsure if she was going to make it as mum had contracted this horrible disease in her last trimester of pregnancy.”

“Mums body was working so hard to protect our sister that she lost her own life doing so.”

I wish mum was still here

“My little sister Rihanna is now seven years old and the most amazing little girl you will ever meet.”

“I wish so much that mum was still in our lives, especially now as I have an eighteen-month-old little boy who she would have adored.”

“This had a major impact on me when I was pregnant as I was so scared the same thing was going to happen to me. I just wish there was a cure for this as I would not wish anyone to go through the hell and pain we all went through, and still do.”

Kayleigh and her family held a charity concert to raise money for Meningitis Now to raise vital funds to help others suffering from this brutal disease. 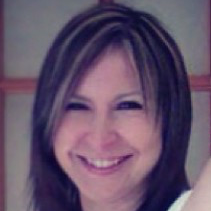 There is still so much more to be done and your generosity will help us fund vital research into preventative vaccinations and support families, like Kayleigh’s, who have been affected by the disease. Please donate now