Fortunately she received fast medical treatment and went on to make a good recovery, even taking on the Great North Run for us in 2018, as daughter Rosie, from Wigton in Cumbria, tells us here.

“Mum was unwell, shivering, feeling sick and had a high temperature. She had been up through the night and had had a very disturbed sleep."

“She wasn't well enough to open her presents."

“She wasn't well enough to go to work."

“Ross and I went to school. Dad, Brian, took Mum to the doctors, who reacted with urgency when they saw how poorly Mum was."

“They got her into the doctor’s room, examined her and there was the dreaded meningococcal rash around her torso. The doctor acted very fast, rang for an ambulance and gave her a shot of antibiotics. This, she was told later on, was what actually saved her life."

“Mum was in intensive care, pipes everywhere. She was very poorly."

“Dad came to pick Ross and I up from school. He was early as it was sports club after school. Something was wrong. We got in the car and he explained that Mum really wasn't well and that we couldn’t go and see her as she was too ill."

“Long story short – after a week in ITU and three weeks of intravenous antibiotics Mum was able to return home."

“Mum is alive to tell her story but a lot of meningitis victims are not as lucky. Similar to Mum, the rash appears late, sometimes not at all, and by the time the rash comes it means that blood poisoning has gone through the body. When this happens limbs may be lost."

“Mum was lucky that she had very few after-effects following her illness, going on to complete the Great North Run in 2018."

“I will never forget our experience but we know we were very lucky to still have our mum with us. This deadly disease kills in under four hours.” 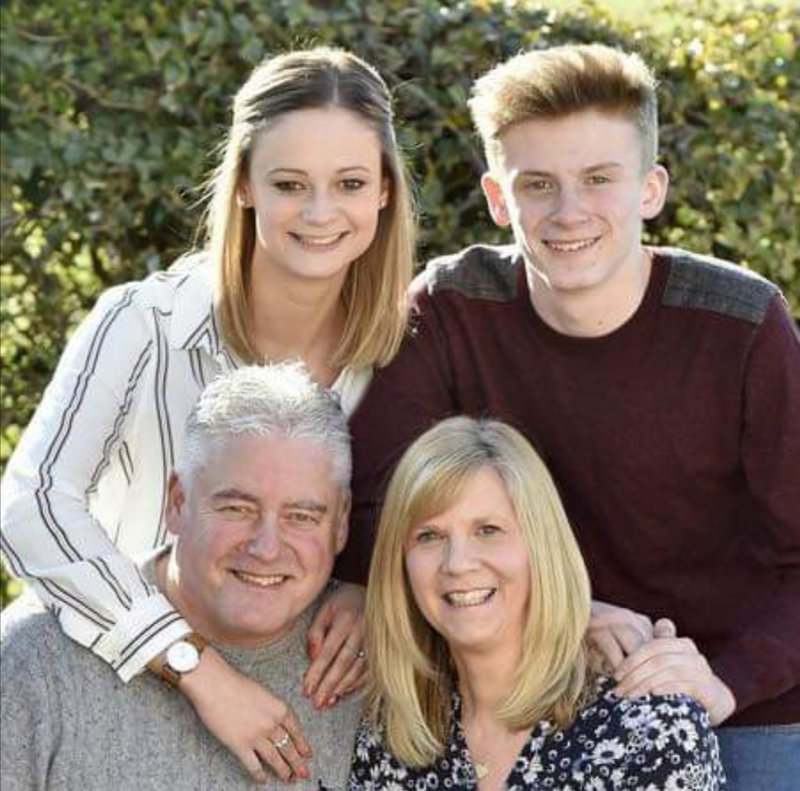