Surviving the initial illness may have been the hardest part but his family have been left fighting a battle that at times, seems never-ending, as Nicola, from Nottingham, outlines here. She tells their full story in her book Meningitis & Me: Living with the After-Effects (see below).

“Kieran was ill prior to his diagnosis. We had a few weeks leading up to it where he had a cold, which wasn't unusual for him. I pushed him on because attendance for school was important and I was working full-time. After all, it was a cold, nothing too worrying.

“When it didn't clear up after a couple of weeks, we visited the nurse at our GP surgery. She didn't seem concerned and said she thought it was a viral infection. I kept him home from school so he could rest and after a couple of days, he seemed to perk up. After a couple of days back in school, he took another turn and by Sunday, we ended up taking him to the hospital because he'd woken with a high temperature. He was vomiting and complaining the light hurt his eyes.

“He was sent home from hospital after a few hours' observation with possible gastroenteritis. Sunday night, he was confused, tired and drowsy. It wasn't until Monday morning, when he woke screaming and complaining of severe head pain, that a paramedic was sent out to check him over. She also missed the signs and told me his vitals all seemed good. She advised I take him to the GP when it opened in a couple of hours.

“My husband arrived home shortly after she'd left and by the time, Kieran was pale, in pain and wasn't really responding.

“He took us straight to A&E where Kieran was rushed through. Within hours we were on the neurologist ward and from there we were sent to ICU, so he could be monitored closely. Kieran was diagnosed with pneumococcal meningitis. He spent some time in hospital but thankfully, he recovered and we got to take him home. 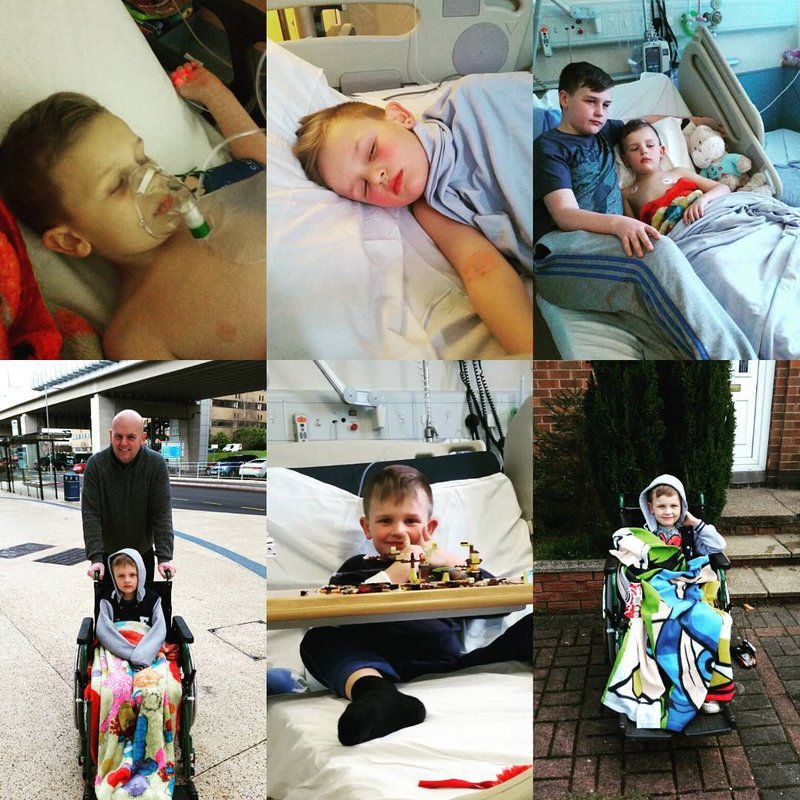 “Since then, our battle has continued. No one told us there might be after-effects. We weren't told he had damage to his brain. In fact, six months after his diagnosis, I took him to the GP because he was struggling at school and he seemed to be feeling low a lot of the time. The doctor told me it was normal for young boys to behave like this and if he still hadn't improved in another six months or so, I should take him back.

“I changed doctor and a year after his diagnosis, I took him to see the new doctor. He was amazing. He referred us to CAMHS (Child and Adolescent Mental Health Service). Back then, I was grateful to be getting help. Now, I know different. Because Kieran's problem doesn't lie in mental health. It's neurological. It can't be fixed. But back then, we were desperate for help because we didn't know what was wrong. I began doing my own research after his standard ten appointments with CAMHS ended. And although he was showing slight improvement, it wasn't enough.

Damage to his brain

“I researched, I spoke to other people that had been through the same thing, I went back to the consultant and asked if it could be a brain injury. That's when we learned that Kieran was left with damage to his brain. Damage we knew nothing about!

“It's been a long process of appointments, the wait is crazy. He had three different EEGs (electroencephalogram), there was a long wait between each of those. He was then referred to a neurologist who did an assessment which opened our eyes to the suffering Kieran was going through. We didn't realise the extent. She also said Kieran was suffering from fatigue, so bad, it was no wonder he was struggling daily. She thought this was the main reason for his depressed state.

“She told us Kieran couldn't learn like the peers in his class because he couldn't process the information in the same way. She suggested looking at his timetable and maybe discussing reducing it with his school.

“He's also been diagnosed as having ADD (Attention Deficit Disorder), which is also a direct result of meningitis. He's on medication for this and we've found this has helped in making Kieran a little more alert. He also takes medication to help him sleep as he struggles to drift off. He has tinnitus and can't sleep when the room is silent, so he plays relaxing music or leaves his television on for background noise.

Meningitis just part of the battle

“Meningitis was just part of the battle. It's been five years so far of battling to be heard and we're still having to fight now. Kieran has received help from a team of specialists at the hospital and they've applied for funding to give him more specialised support.

“He struggles in school and has had to reduce his timetable, which will result in him taking less GCSEs.

“We don't know what Kieran's future holds, but we're staying positive. Our biggest battle to date is living with a hidden disability. He looks fine so therefore he must be. But he isn't. We've had to constantly speak with teachers who don't understand why he can't recall facts he's previously been taught or why he can't remember the maths he's been shown a hundred times. Even reducing his timetable was a battle, despite having that advice from a neurologist.

“We've had to skip family events or cancel days out because he can't cope that particular day and doesn't want to leave the house. He suffers from sensory overload some days and that makes things hard for him.

“But, he's also brave, kind, sensitive and determined. He wants to achieve the best he can and won't give up on his dreams. We wouldn't change him for the world and we thank our lucky stars we have him here with us today. We're so lucky.

“Meningitis Now has helped us through its Helpline and website and social media, as well as its Family Days. I was able to research through the website and gain valuable knowledge which I could use to highlight what I thought was wrong when I went back to his consultant.

“It's a constant battle to be heard though. It's almost like they let you leave hospital with hardly any knowledge and then you have to battle with them to make them see something isn't right. When actually, the after-effects of the illness are common and a lot of people suffer, so the help should be there from the second you leave hospital. I packed in my full-time job as a teaching assistant to be at home more for Kieran because on days he was suffering fatigue or bouts of depression, I was having to call in work. It was unfair on them and my colleagues. Plus hospital visits and telephone calls don't fit around working hours (I spent two hours making calls to chase a prescription just last week).”

Read Kieran’s full story in Nicola’s book, Meningitis & Me: Living with the After-effects. This is available for Kindle from mybook.to/MeningitisandMe 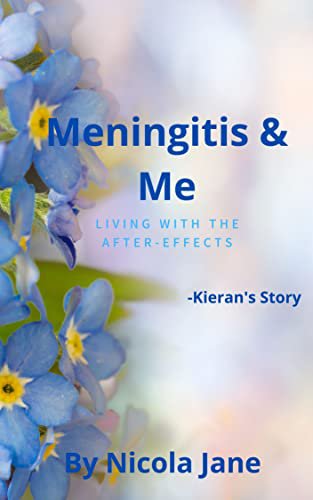