Viral meningitis has been truly life changing for her, leaving the previously outdoors active person who was always out walking her dog almost entirely house bound, dependent on a wheelchair outside and needing an assistant to help her do basic things. She recounts her experience here.

“I developed viral meningitis in July 2017, four days after major surgery for another condition, which had gone very well.

“I developed an extreme headache, like a concussion or someone had hit me with a baseball bat and a sore neck on day one, that worsened and became stiff. Initially I joked about having been thrown around the operating table. Then it seized up entirely and really hurt. I couldn't move it side to side.

“That night I woke up in the wee small hours, shaking all over and I started vomiting violently. I knew something was very wrong. When daylight came I was very sensitive to the light and I had a raised temperature.

“Hubby called the hospital, and I was taken in first thing. Then, as soon as meningitis was suspected, I was transferred to a larger hospital's AMU. In hospital I was confused, drowsy and in a great deal of pain. I was very anxious, I couldn't talk or move with it, and thought my skull was going to burst so bad was the pressure and pain. I remember praying someone would take a bit of my skull out to release the pressure.

Concluded it was viral

“I was in hospital for six or so days, and in the acute unit for three. I struggled with the lumbar puncture due to the inflammation and pain of the prior surgery. Eventually, using an X-ray we managed and the result eliminated bacterial meningitis, so they concluded it was viral.

“This initially was of course good news. But things didn't go so well for me and viral meningitis proved to be life changing for me in a different way.

“When I was discharged I was told that I would be fine in a week. No one even mentioned the risk of post viral after-effects. If only they had been right. I had lost a lot of weight and could barely walk. It took me four months to be strong enough to even attempt to go back to work. But I crashed out with crushing fatigue, dizziness and brain fog.

“I tried physio and attempted a second, slower graded return to work, but the more I did the worse I got. Soon I couldn't work any more, lost my friends and ability to socialise and became gradually housebound and dependent on a wheelchair. 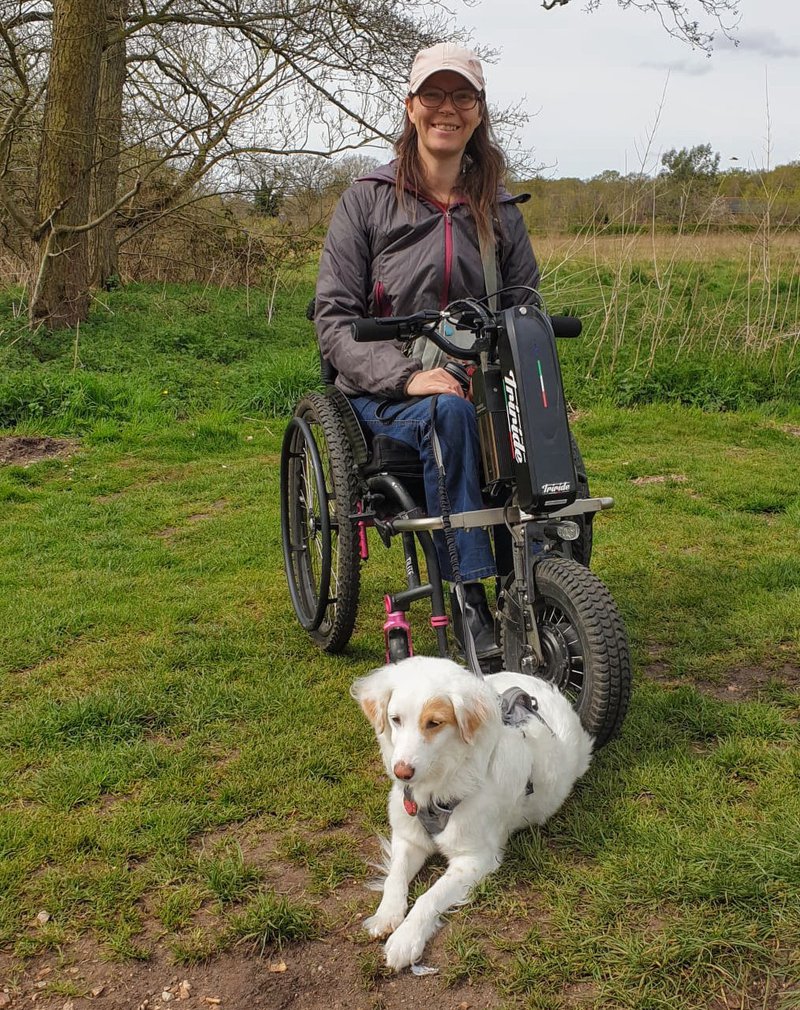 Started to look for answers

“I started to look for answers and got brushed off by the hospital, which made out it was all in my head. That was so very invalidating and an extra trauma. Eventually I got diagnosed with ME and discovered, too late, that pushing through and graded exercise can permanently progress post viral conditions. There doesn't seem to be a proper medical diagnosis for 'viral meningitis after-effects'. I think it really needs to be properly recognised, just like other post viral conditions are.

“Later, as I continued to decline, I was diagnosed with POTS symptoms/orthostatic intolerance (an inability to remain standing due to heart rate issues) and had specialist testing that proved I had a vestibular dysfunction affecting my balance.

“There wasn't really any medical support and I ended up stumbling upon Meningitis Now. They were simply amazing and a beacon of light when I was utterly lost. The home visitor was so empathetic and supportive and they helped me apply for a course of complementary therapy, which really helped reduce my brain fog.

“The online peer support group really helped me make more sense of my after-effects. I'll always be incredibly grateful to them for being there for me when no one else was.

“In the five years since I've made progress in some ways, but things remain difficult for me.

“Every day I wake up exhausted before I even begin and it is a battle to get out of bed and function for more than an hour or two. I need an assistant to help me do the most basic of things like wash my hair or make lunch. But I am lucky to have a loving husband and have learnt to focus on small positive things and cherish the odd day when I am able to get outside in my garden or spend a little time with my dog.

“I worry about the future which remains uncertain. Having lost my career, I've become invisible and am living the life of a 95-year-old at 47.

“But I hope that now more resources will go into understanding post viral conditions, like my post viral meningitis after-effects/ME, and find a biomedical diagnosis and start to find treatments.”