Lindsey, from Fulham, had contacted meningococcal meningitis and septicaemia. She has been left with after-effects, as she explains here.

“I work in a nursery as an Assistant. On the Tuesday I felt really unwell, with an earache and headache. My friends said I sounded funny."

“I went home and went to bed. I went to the doctors on the Wednesday and the GP said I had an ear infection and gave me antibiotics and told me to rest. I went home but couldn't take my antibiotics as the pharmacy didn’t have them. I had to wait till late evening by the time I had my first lot."

“I was burning up, so I took paracetamol and went to bed."

“That’s all I remember. The next thing I knew was waking up in intensive care five days later."

“My partner told me he had woken up at 2 in the morning with me moving. I was having a seizure so he called an ambulance and they came and took me straight to hospital."

“While there I had more seizures and the last one stopped my heart. They resuscitated me and put me in an induced coma, which I was in for five days. My partner said they took such good care of me."

“After I woke up I was in hospital for another week and a half."

“I came out of hospital with an intravenous drip in my arm and had to have a nurse visit twice a day to give me antibiotics. Six weeks later I came off the drip."

“I went back to work just before last Christmas, but the meningitis has left me with no hearing in my left ear. Then in February I had to have a check up MRI where they found a hole in my skull behind my ear that the meningitis had caused. It was so aggressive I had to have brain surgery in April, which went well. I was in hospital for a week." 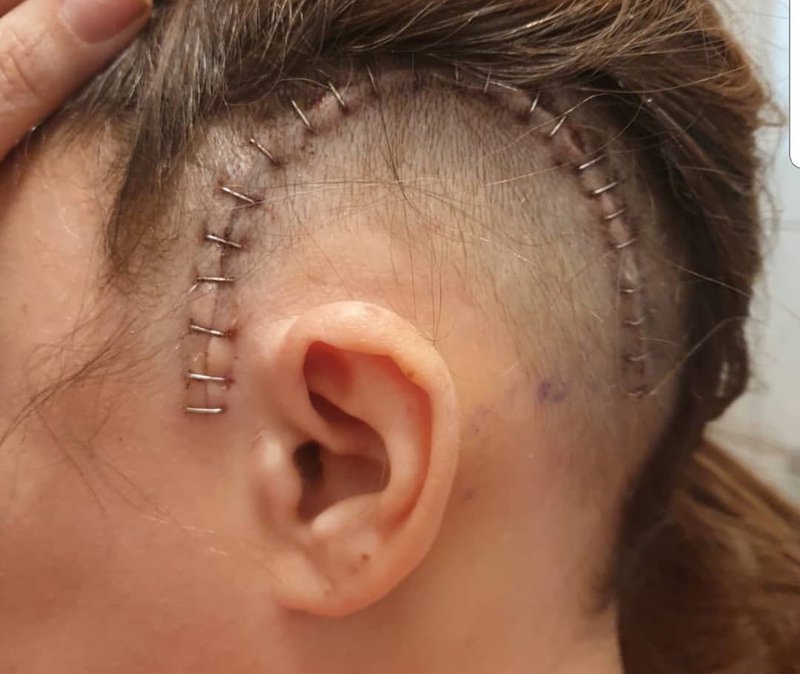 “I’m still deaf in my left ear and getting a hearing aid in January. It is affecting my balance and is very frustrating that I cannot hear when I’m out with people. I am also waiting for my first steroid injection, as my muscles in my spine have not recovered and made the discs in my back very weak. Some days I literally cannot move, as it affects my legs too."

“But I am happy to be alive as I now know what an awful thing meningitis is.”