Within a matter of hours the disease claimed his life.

His heartbroken mother, JoJo recalls the phone call that changed everything.

“It was 19th July 2014 and Ollie was at a music festival called Latitude, which he had attended for the last seven years. He loved it. There was music, and he was surrounded by friends and family, so he always had a great time and looked forward to going every year.”

“Ollie had had a very late night on the Friday and woke up Saturday morning feeling terrible, which he and all his friends put down to having a hangover.”

“Ollie was sick and took some painkillers, then tried to get some sleep thinking he would feel better in the afternoon.”

“Four hours later Ollie was found. He was purple and unable to breath or feel his legs. His friends immediately went to get help and the paramedics took over.”

“I was also at the festival and received a phone call at about 3:30/4pm to tell me Ollie was being treated by medics.”

I couldn’t believe what I saw

“We arrived at the medical tent and I could not believe that was my son laying there in such a state.”

“He was transferred by helicopter to Norwich and put into a coma at about 6:30pm.”

“Most of his organs had already failed and at 8:16pm he died. Our only child was gone.”

Every day is a struggle

“It took just eight hours for meningitis to kill my son. He was 18 years old.”

“Myself and Ollie's dad are still finding every day a struggle and I am sure there are going to be many more days of struggle to come.”

“My message to parents is please ensure you get your children vaccinated.”

“Meningitis Now have helped us so much through counselling and phone calls, as well as helping financially towards Ollie’s funeral.” 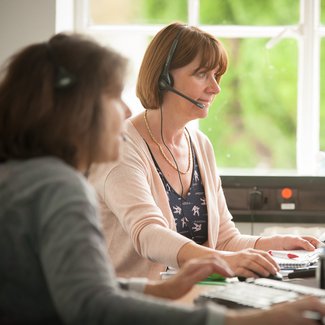