At just 19, Teygan had a bright future ahead of him and everything to live for.

His mum, Ailsa, describes her devastating and unexpected loss.

“Teygan was 19 when he went to Manchester University to study Russian. He was the middle child of three and the first to go to uni, which he was very excited about.”

“He had studied hard for his three A-levels at Truro College and had obtained really good grades to be able to study a language which he was passionate about. A language that was self-taught using books and the internet.”

“Teygan also enjoyed music, playing guitar and piano, and composing his own music. He also sang, creating a vast collection of music videos. He had a great interest in American country music and, at the age of 18, Teygan took himself off to London to attend a country music festival.”

“My husband, David, and I took him up to Manchester University in September 2014, the weekend before the start of ‘freshers' week’.”

“We all were excited but feeling the nerves that day, however everyone we met, from staff to students, was welcoming and friendly.”

“This was the first experience for us as a family of having a child away at university and we felt quite lost at first without him at home.”

We had no cause for concern

“Teygan soon made friends in his halls. We would have short text messages and phone calls to reassure us he was happy and settling in to student life, and coping with his course.”

“Although there was no general concerns health wise, he did have a cough which was noticeable when he spoke on the phone. This seemed to persist for a few weeks but never seemed to bother him too much.”

“Whenever I brought attention to it, he would say 'well mum, everyone has a cough!’ and I was reassured by friends who had children at uni that it was probably fresher's flu – something that every student seems to get.”

“In general everything seemed to be fine and he was enjoying student life in the city, going out at every opportunity but still giving time to his studies.”

He couldn’t be saved

“Teygan came home for a few days during October half term and apart from tiredness, he gave no cause for concern. He returned to uni and went out for Halloween then out again on the Saturday night."

“On the Sunday, he went to bed and stayed there for the whole day. A check was made on him by someone at the halls at around 8pm and it was said that he gave the impression he was feeling better, but the conversation was held through his door. He was not seen.”

“About an hour later, he got up and managed to open his door but collapsed in the hallway. He was found by a friend and they immediately saw that he had a rash.”

“His friend knew it was one of the signs of meningitis and rang for an ambulance straight away. But he could not be saved.”

He had made a lasting impression

“Teygan had only been at Manchester University for about six weeks but he had made such a lasting impression on everyone that 18 students travelled down for his funeral service.”

“Today, as a family, we are united in our grief and shock at what has happened.”

“No one had any real awareness of the risks of meningitis at university, neither family nor friends.”

“Teygan, however, had got his MenC fresher’s booster jab prior to starting, but he only had this as a last minute thought as a friend at work said he could have a free vaccination.”

“I thought ‘oh well he might as well get it’. I was not really thinking about it deeply enough or even realising the increased risk of meningitis at university.”

“Now, with the help of my family and friends, I want to do as much as I’m able, to raise awareness of this terrible disease at university especially.”

“So many people have expressed their shock to me at the sudden loss of our son to a disease that they thought was associated with the very young.”

“I realise now that we have to change this perception and make it one of the first things families think of when a student starts preparing for university.”

“This information also has to come from universities and should be in the main information packs sent out to students when they attend their interviews.”

He will be missed immeasurably

“As a family we are so lost without Teygan and miss everything about him, including his trademark quirkiness and dry sense of humour.”

“He will be missed immeasurably and life without him now means we will never experience the sense of complete happiness.”

“But, supporting research through fundraising and raising awareness through organised events means we can keep him in our lives.” 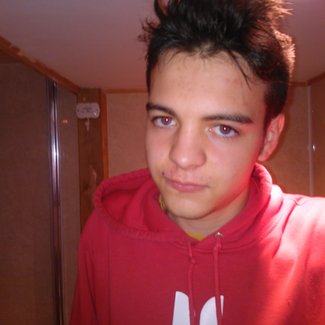 Teenagers and young adults are at increased risk of contracting meningitis and septicaemia, especially during their first year at university. Like Teygan, students can easily mistake early meningitis symptoms for common illnesses. Being meningitis aware saves lives, find out more