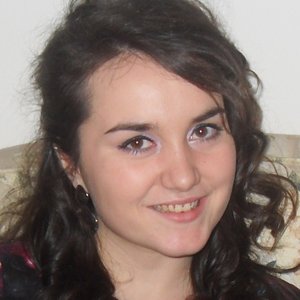 Ever since this time, coping with the after-effects has proven difficult at times, but through great help and support we have been able to pull through and have seen that life goes on after meningitis.

In the January of 2000, my sister, Lydia, contracted meningococcal septicaemia and spent two weeks in Intensive Care. She pulled through and spent a long time in hospital afterwards recovering from the disease.

Due to the meningitis, Lydia has had to cope with numerous physical impacts, and as a family, with the great support of Meningitis Now, we managed to help her to overcome these difficulties. Not only did Lydia lose the tops of three fingers on her left hand, she was left with large scars on the back of both legs and hands. Following the experience, she also had to learn to walk, write and eat all over again.

Through the years, the emotional impact has also become increasingly apparent, and this has undoubtedly had the biggest impact on me. Having seen Lydia go through school and being subject to bullying due to her slightly different appearance, I realised how much of an impact meningitis can have psychologically.

The growth in one arm had been stunted, making them noticeably different lengths and Lydia has become very self-conscious of the increasing difference. I hate to see my sister upset and feeling as though she is somehow different to everybody else because of what she went through when she was younger and how it slightly altered aspects of her appearance.

Although there have been some tough times, since 2000 Meningitis Now have always been there to provide the necessary support in the best way possible. As a family we have been very involved in fundraising for Meningitis Now over the years and it was the charity’s symptoms card which first helped my mum to identify the meningitis as quickly as she did. In fact, if it wasn’t for the symptoms card, this could have been a very different story.