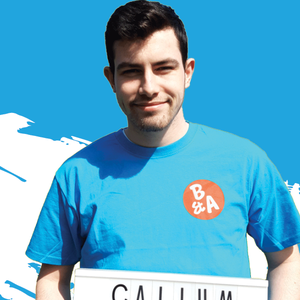 It was 19 December 2011 and we were driving to Wales to visit family to drop Christmas presents off when she fell asleep in the car. When she woke up an hour later she had a bad headache and the lights were hurting her eyes.  When I woke up the next morning my sister was already in hospital with mum and dad.

After being treated she was discharged from hospital on Christmas Day. We felt really lucky that she made a quick recovery and was ok but a year after she had meningitis we found out my sister has an acquired brain injury. This has affected her in many ways, which sometimes makes things difficult.

We have raised money for Meningitis Now as a thank you for all of the help and support we have all received. I helped my parents to arrange a sponsored walk, a curry night and have held second hand bookstalls at my sisters school fair.

I decided to become an official volunteer with Meningitis Now in January 2015 after attending the Believe and Achieve weekend with my family.

I volunteered at the Silverstone Half Marathon 2015 and am also hoping to arrange a sponsored walk that we will do as a family in August.

I am looking forward to becoming a young ambassador with Meningitis Now. I will be raising awareness locally and handing out signs and symptom cards over the next few months to local schools and surgeries.