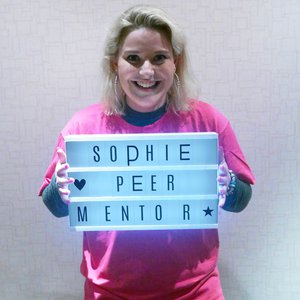 It is not an experience that is easy to forget, which is why I felt so inclined to get involved with Meningitis Now

It is not an experience that is easy to forget, which is why I felt so inclined to get involved with Meningitis Now and to help other people who have been through similar experiences. It was not just the help and support for the victims of meningitis that attracted me to Meningitis Now, but also the work they do with the victims’ families and friends who were also affected by such life-changing experiences.

Meningitis was not a word I had much idea of at the age of 12, apart from the fact I knew it was bad; that much was clear from the look on mum’s face when anybody mentioned it. So when it happened to me, I learnt the scale of the disease and its devastating effect.

This is why I now feel very passionately that people should be made aware of the symptoms of the disease. This not just being the stereotypical rash or it effecting just babies, as the rash can sometimes come too late or not at all and teenagers from 15- 24 are some of the most vulnerable ages to catch the disease. People should be aware of all the symptoms so they can be more prepared than I was.

I started fundraising for Meningitis Now by doing smaller events such as the Boxing Day run and running a sports day for the local athletics club. However, I wanted to do something bigger and better to raise more money for the charity and so I took part in directing our school sixth form production. Now I am lucky enough to be a Young Ambassador and for the charity and can’t wait to get stuck into my role, spreading the word of meningitis so that we can finally beat it all together.

I live in Bristol and have a pet pug called Dennis. I have become a Believe & Achieve Peer Mentor to help people feel less isolated during a time that can be really scary.